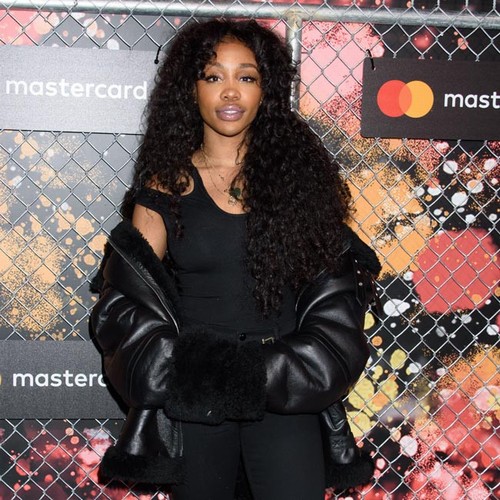 SZA has surprised her fans by sharing three new tracks.

The ‘Good Days’ singer discretely dropped ‘Nightbird’, ‘I Hate You’ and ‘Joni’ on an unnamed SoundCloud page over the weekend.

The latest batch of tracks to emerge come after the star performed a new song called ‘Shirt’ during a live-streamed gig last month.

It’s not known if the tunes will appear on her hotly-anticipated second studio album.

The 30-year-old music star recently admitted she hopes her fans will be “pleasantly surprised” by her long-awaited follow-up to 2017’s ‘Ctrl’.

The ‘Kiss Me More’ singer quipped that she might “scrap” the record and start again, but insisted it will be worth the wait.

She said: “I’m actually probably about to scrap all of it and start from scratch.

Meanwhile, the ‘Just For Me’ singer recently opened up about her “debilitating anxiety” and how it makes it difficult for her to be outside.

SZA appeared on the red carpet at the Billboard Music Awards 2021 in May, where she performed on stage with Doja Cat, but she revealed her anxiety struggles sometimes make it hard for her to go out at all.

Sharing a string of pictures from the annual music event, she admitted in an honest post on Instagram: “I hate being outside more than I can explain. I really have debilitating anxiety and I’m only posting these cause Y’all woulda found em anyway. Thank you to my team n my mama. Least I’m alive (sic)”

SZA has struggled with anxiety all her life and previously begged people “not to invite her” to things.

She wrote: “I have way too much anxiety to be outside. I’m begging u not to invite me to s***.”