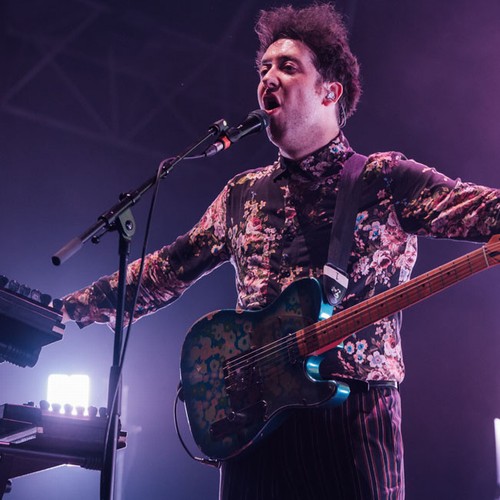 The Wombats frontman Matthew ‘Murph’ Murphy is “full of fear” about the return of live music.

The ‘Let’s Dance To Joy Division’ hitmakers are set to play at Reading & Leeds Festival this weekend, and with the singer living Los Angles it means they haven’t actually been on stage together since before the pandemic.

“We haven’t played for a while so we have had to do a lot of rehearsing.

And while he’s looking forward to being back on stage with bandmates Tord Øverland Knudsen and Dan Haggis, he hopes everything goes smoothly so he can return home.

He added: “I definitely don’t want to get the Delta variant and not be able to come back to the US.

“So I’m excited but feel like I’m walking into some sort of apocalypse as well.”

The Wombats will release their fifth studio album ‘Fix Yourself, Not The World’ in January 2022, and they’ll be promoting the record with a full UK arena tour including a huge headline show at The O2 in London in April.

Murph said: “We’ve held off on touring for so long because of COVID. So doing the O2 in London is amazing.

“I’m proud we are playing there because it hasn’t been a straightforward path for The Wombats.”

Meanwhile, the upcoming 12-track album was recorded remotely, with Murph in Los Angeles, bassist Tord Overland Knudsen in Oslo and drummer Dan Haggis in London, while they worked with top producers including Jacknife Lee (U2, The Killers), Gabe Simon (Dua Lipa, Lana Del Rey), Paul Meaney (Twenty One Pilots, Nothing But Thieves), Mark Crew (Bastille, Rag’n’Bone Man) and Mike Crossey (The 1975, The War on Drugs, Yungblud).

It’s the first time the trio have created an album without being in the same room, which resulted in them experimenting even more with their sound.

On what fans can expect, Dan previously said: “We’re so excited for people to hear this new album! We’ve explored new genres and pushed ourselves further than ever musically. It will always stand out for us in our memories from our other albums as we recorded it across three cities during lockdown, and we weren’t all in the same room at the same time!”