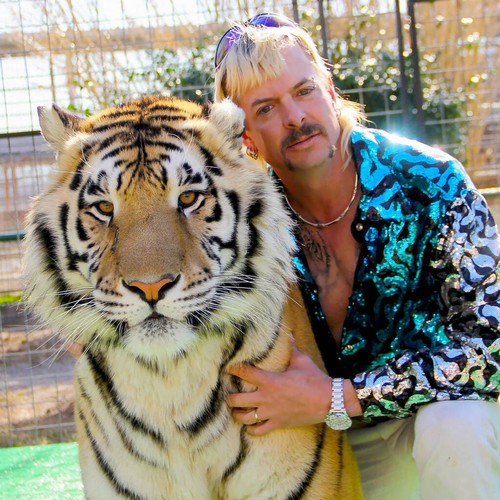 Tiger King star Joe Exotic is to be resentenced in his murder-for-hire and animal cruelty case after judges vacated his 22-year term.

The former Oklahoma zookeeper, real name Joseph Maldonado-Passage, has been behind bars since 2019, when he was found guilty of twice plotting to kill his big cat sanctuary rival Carole Baskin.

However, his lawyers have been trying to overturn the sentence, even reaching out to then-U.S. President Donald Trump in 2020 in a failed effort to receive a pardon.

They subsequently took the case to the U.S. Court of Appeals for the Tenth Circuit, where lawmakers decided to uphold Exotic’s convictions, but agreed to order a resentencing.

In the ruling, the judges sided with Exotic, claiming the original Oklahoma City court official who handed down the 22-year term should have grouped the two murder-for-hire crimes together and given out one sentence, instead of separate punishments, which increased his potential time behind bars from 210 to 262 months to 362 to 327 months.

Although his current sentence has been vacated, he will remain behind bars until he is given a new sentence at a later date.

Meanwhile, Exotic is planning to continue fighting the conviction itself, and has called on America’s new President, Joe Biden, to intervene.

In a series of Twitter posts, he wrote, “I would like to thank my Appeal Attorney, Brandon Sample, for winning my appeal. Now starts the job of (lawyer) @JohnPhillips to file all the stuff to prove the corruption by the Federal Agents and U.S. Attorneys…

“…Now would be a good time for President Biden to say enough is enough and sign my pardon, and become a world hero before all the proof comes out of just how corrupt this case really is.”