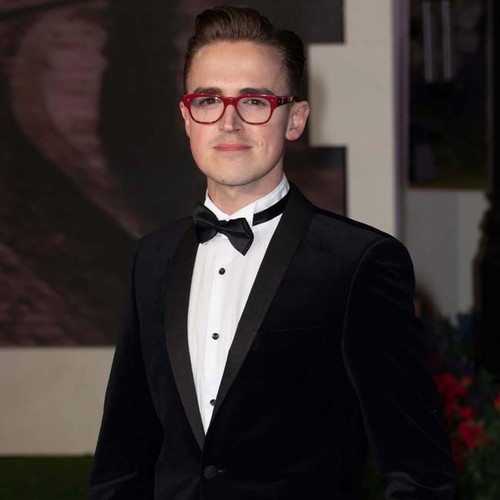 The 35-year-old music star – who has Buzz, seven, Buddy, five, and Max, two, with his wife Giovanna – has revealed that his eldest son takes an active interest in his career and often rewrites his lyrics.

Tom shared: “Buzz, my eldest, likes to rewrite my songs. Often I’ll show him a first draft or first idea. You get a good instinct because kids don’t have a filter, which is brilliant yet terrifying.

“Even if he likes it, he still can’t help himself. Often it’ll be the next day and he’ll say, ‘I’ve been thinking about the song you showed me. I think it should go like this…’

“He’ll sing this whole new part. It’s very sweet but it makes me question whether what he’s written is actually better than what I’ve written.”

Tom joked that at least his son isn’t aware that he may be entitled to commission.

Speaking to Metro newspaper, he quipped: “I haven’t told him about that whole side of things yet.”

Tom previously admitted that his music career was inspired by his own dad.

He explained: “My dad worked 12-hour shifts in the Kodak factory – I remember creeping about when he was on nights – but he was also lead singer in a band playing in British Legion and working men’s clubs.

“My earliest memories are of being sat at the back of a pub, falling asleep on the bench while my dad played. He used to get me up on stage to sing with him from when I was only three or four. I get my music from my dad.”