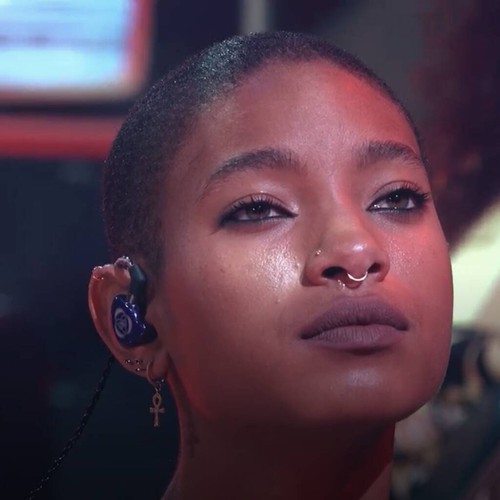 Willow Smith has shaved her head while performing a punk rock version of her debut song, Whip My Hair.

The singer, who is the daughter of Will Smith and Jada Pinkett Smith, dropped her new album, Lately I Feel Everything, on Friday, and over the weekend, unveiled a special concert video featuring appearances from Avril Lavigne and Travis Barker.

But towards the end of the gig, Willow took to the stage to perform a rendition of her 2010 track, and while she was singing and playing the electric guitar, her hairstylist emerged from the wings and shaved her head with a pair of clippers.

“When I made, Whip My Hair, I didn’t know it was an important thing because I was just expressing my joy, expressing myself. Young Willow was just so fearless,” she said in a preview interview, noting that this is the third time she has shaved her head. “I’m always shaving my head at monumental times in my life, when things are really changing, and this is one of those moments.”

At the end of the clip, Willow gave fans a brief glimpse at her new hairstyle.

Elsewhere in the footage, the star also discussed how she had been inspired to channel her energy into the new album while she was spending time working on herself during the Covid-19 lockdown.

“During the quarantine and during the pandemic, so much was happening and nothing was certain. Everything was precarious and up in the air, I was chanting every day. I was working out. I was getting into my heightened spiritual state, but there would be moments where I would see what was happening in the world and be completely depressed and angry,” the 20-year-old added.